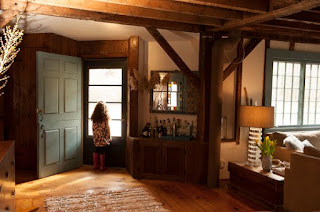 WHAT: Casting Call for Untitled Annie Baker Film
WHERE: Link to Submission Page
WHEN: Filming Summer 2022  in Western Massachusetts

Produced by BBC Films and Dan Janvey, Academy-Award-winning producer known for Nomadland, Beasts of the Southern Wild, and Heart of a Dog.

The film follows 11 year old Lacy, her mother Janet, and the three people who come into their lives over one summer in 1991.

LACY: 8-12 years old, any ethnicity. She is herself. Curious, observant, straightforward. Solid in her uniqueness, lives in her imagination. Odd birds welcome.

For more information on the film, go to this site:

Shortcut to the submission page:

Please note that we are not looking for those with the most theater experience, though they are welcome to apply! Shy kids who might not think of themselves as actors are very encouraged to apply.

**The quickest and easiest way to submit** is to simply record a video of your child having them do the following, and send it to our email address

1. state your name, age, and where you live

2. tell us a story (could be about anything - funny, sad) or about a dream/nightmare you once had

3. tell us one thing that not that many people know about you

Annie Baker is a Pulitzer-Prize-winning playwright and director whose full-length works include The Flick, John, The Aliens, The Antipodes, and Circle Mirror Transformation. Other honors include a MacArthur "Genius Grant" Fellowship, Guggenheim Fellowship, American Academy of Arts and Letters Award, and the Cullman Fellowship at the New York Public Library. Her work has been performed in over 25 countries around the world and translated into dozens of languages. She has directed her plays in London and New York and is an Associate Professor of Practice at the University of Texas in Austin. She grew up in Amherst, Massachusetts.

Eléonore Hendricks is an actor, photographer and casting director/scout from New York City. She is known for non-traditional or “street casting” - notably with Chloé Zhao’s first feature, Songs My Brothers Taught Me, Tim Sutton’s Memphis and Dark Night, Andrea Arnold’s American Honey and HBO’s Euphoria. She was an acting coach for the first

time actors on Beasts of the Southern Wild. She has worked in collaboration with the Safdie Brothers for over a decade on their films: Pleasure of Being Robbed, Daddy Longlegs, The Black Balloon, Heaven Knows What, Good Time and Uncut Gems. She returned for a third time to the Pine Ridge Reservation in SD to do casting, partnering with Abby Harri on the Untitled Pine Ridge Film by Gina Gammell and Riley Keough - cast entirely with Lakota community members. She is currently working on Jean-Stéphane Sauvaire's upcoming Black Flies starring Sean Penn and Tye Sheridan, and Pulitzer-Prize-winning playwright Annie Baker’s feature film debut, both alongside casting partner, Abby Harri.

Abby Harri is a casting director / scout. Specializing in street casting and finding new talent, she has worked on films such as Yann Demange's White Boy Rick, for which she